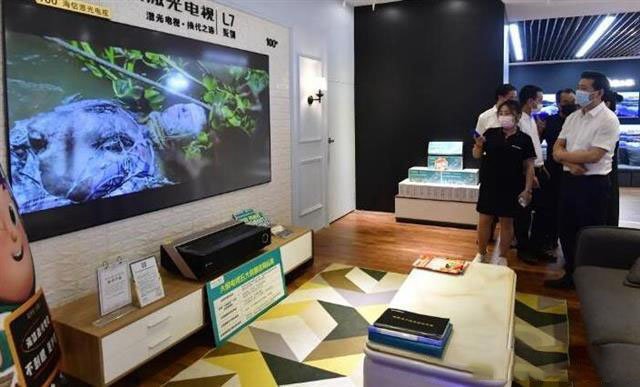 The top five brands of shipments are all domestic projection enterprises

Next
Switch OLED game console release official reminder: do not tear off the protective film on the screen
Reading guide： Nintendo Switch OLED The game console has just been released，There is news that，Nintendo warns in the new machine manual，Players are advised not to tear off the protective film on the new aircraft，The film is“Anti crushing adhesive film”，It can protect the screen。 10 month 9 Daily News Switc… The average price of color TVs has risen by nearly 40%, and the era of large-screen projection is com National Development and Reform Commission solicits opinions: non-public capital shall not engage in Switch to OTT streaming service! US pay TV subscribers will decrease by 1.23 million in 2021Q2