Affected by the cost of raw materials, some models of Xiaomi TV and Redmi TV will increase in price 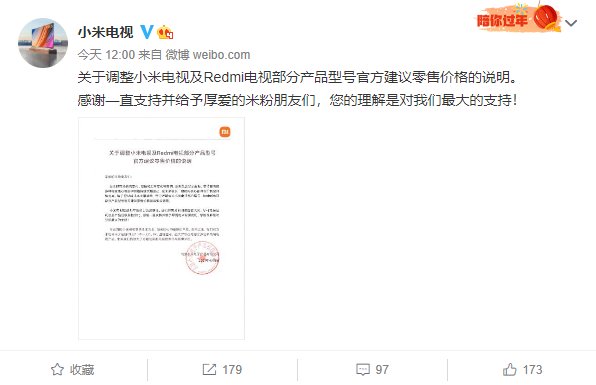 According to officials，Affected by changes in global market supply and demand、Epidemic situation and exchange rate changes，Recently included display panel、The prices of various TV core components, including chips, continued to fluctuate sharply，The quotation of core components will continue to rise for a long time in the future。

the near future，Affected by the supply chain, Xiaomi is not the only TV brand that announced the price increase，according to《Kechuang board daily》report，Samsung、Sony's two major TV brands also said they would raise the retail price of TV，The price of new machines has risen on average this year 5-10%。

Xiaomi's official description is as follows： 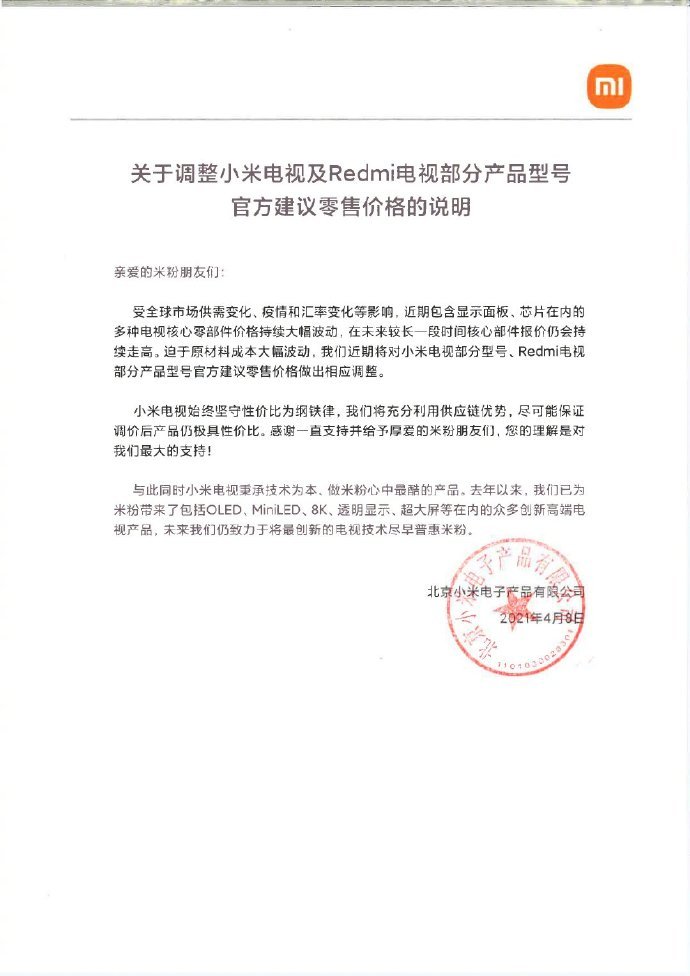 Multiple TVs in the warehouse were stolen, and Samsung officially disabled them remotely Affected by the cost of raw materials, some

Redmi will launch its first smart TV in Ind

Redmi TV is about to land in the Indian mar